This information was provided by NJ.com

By Amanda Hoover | NJ Advance Media For NJ.com
Updated May 10, 2021; Posted May 08, 2021
A cannabis company has opened its flagship medical marijuana dispensary in North Jersey, becoming the 17th in the state as buzz continues to grow around legal weed sales.

The Apothecarium, owned by the Canadian company TerrAscend, opened in Maplewood Friday afternoon. It’s the company’s second medical dispensary to open in New Jersey (the first opened in Phillipsburg in November), but TerrAscend hopes it will also serve the 21 and older market once legal weed sales begin.

“We think that this is going to be one of the best supplied dispensaries in the state,” said Greg Rochlin, head of TerrAscend’s northeast operations.

Gov. Phil Murphy in February signed a law that makes cannabis use legal for those 21 and older. But the Cannabis Regulatory Commission must still develop rules and regulations for the industry and license new dispensaries — a process that could take months.

The new Apothecarium dispensary is the company’s largest East Coast store. Rochlin expects it to see a high demand from patients in densely populated Essex County — along with those 21 and older.

Supply has long been a problem in the medical marijuana program. The state’s 107,000 patients have just 17 dispensaries.

Medical dispensaries will likely get the first shot at selling to those 21 and older. But they must first certify they have enough cannabis for patients and an influx of new customers.

As new dispensaries open and marijuana cultivation sites ramp up production, they inch closer to that goal. TerrAscend’s cultivation site in Boonton Township began growing in December and is now ready to bring cannabis to the market.

At the Maplewood dispensary, the words “High. Hello. Welcome.” greet patients as they enter the lobby. Behind another door is a sleek, large dispensary room. Glass display cases show off products, and one table features a station where patients can smell different strains of cannabis on display.

He said the town did not push back against the opening of the medical dispensary, but that it’s too soon to say if Maplewood will ban any part of legal weed sales. Towns have until mid-August to decide if they want to pass ordinances blocking any part of the cannabis industry, from growing to selling.

McGehee called the new storefront a “premium experience” and “high class establishment,” noting it would help to serve local patients and even chip away at stigma surrounding cannabis. It added 17 jobs, many of them going to the town’s residents after the company held a career fair at the local library.

TerrAscend plans to open a third dispensary in New Jersey this summer. The company has yet to announce the location.

But on Friday, TerrAscend celebrated this milestone, cutting a ribbon and letting a line of patients through the doors at noon.

“It’s been a lot of ups and downs and challenges to get here, but we got here,” said Jason Wild, TerrAsecend’s executive chairman. “In my view, this is going to be one of the top dispensaries in the country.”
Read More 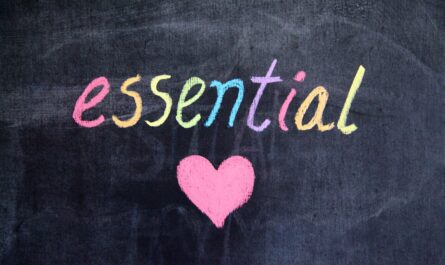